Terminator X and Terminator X Max. Two powertrain management systems from Holley that offer plug and play control for most small block Ford engines including Coyote engines. Why settle for a factory ECU with a cumbersome aftermarket tuning interface when you can get complete control of your engine, self-learning fuel strategies and the proven, race winning technology of Holley EFI! 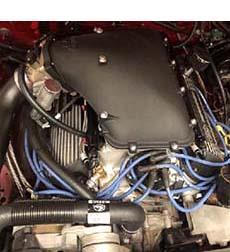 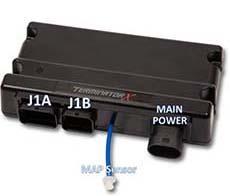 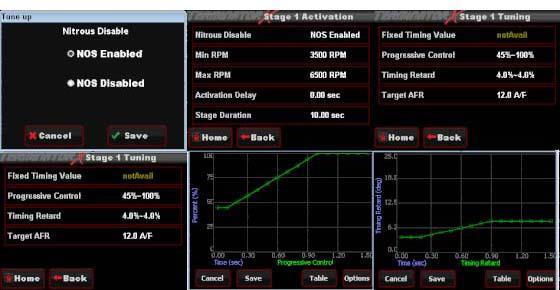 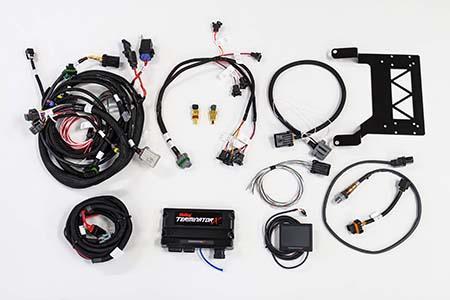 In the age of high-top sneakers and room-sized computers, Ford's EEC-IV sequential electronic fuel injection system introduced on the 1986 Mustang was a revelation. It not only set the standard for sophistication but also the incorporation of a mass airflow (MAF) sensor in 1988, made Ford's EEC-IV extremely adaptable to performance modifications. The MAF-based strategy handled most bolt-on parts' added performance with ease. Even mild lumpy camshafts were no problem.

However, when things got serious the EEC-VI needed to be taught new tricks by using a "chip." At the time there were dozens of chip tuners in the marketplace. However, with the advent of OBD-II port tuning, the number of tuners with the equipment (and the experience) to flash a chip has dwindled. These days you have to find an "old guy" to tune these "old cars." - Read More 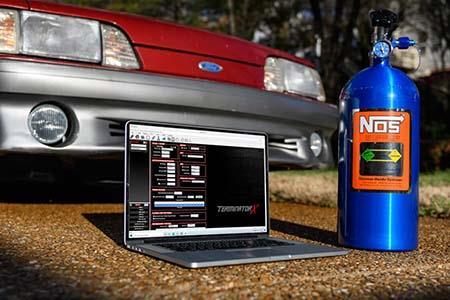 Nitrous is the easiest way to add horsepower, and Holley's Terminator X EFI system makes it even easier. Holley's Terminator X simplifies running nitrous by incorporating features that normally would require add-on devices that increase complexity and cost. The Terminator X software eliminates the need for these by incorporating a TPS switch, RPM window switch, progressive controller, and delay switch into the software. All these features are just a few clicks away with Terminator X. One simple accessory makes it possible: the Holley High Current Nitrous Solenoid Driver (p/n 554-111). - Read More